We could have a long conversation about the potter’s messy hands, about the mud under his nails, about the strength of hands that look as if they are using every muscle to shape the pot. We would probably talk about the dynamic force of his hands that hold the pot lightly enough to form it, but controlled enough to avoid marring or damaging it.

In our conversation, we would probably remember the prophet Jeremiah’s encounter with a potter and the ways we have used that passage of scripture over the years. I don’t know about you, but my teachers and preachers used this text to teach me about the ways God can mold me into a worthy vessel that can hold enough faith and hope to get me through the hard times. Plus, being remolded would mean I was being ”obedient to God!”

We certainly do not want to use scripture out of its historical context, but another use of a scripture passage is to consider its imagery, its symbolism and its relevance to us in a given life situation. The following scripture, as translated in The Voice, contains a powerful section after verse 1 that tells us how God’s message comes through a prophetic drama played out at a potter’s wheel, and that there, the prophet sees an ordinary event from which he receives an extraordinary message.

1 The word of the Eternal came to Jeremiah

Now God’s message comes through another prophetic drama played out in a potter’s shop somewhere in the city. The prophet sees an ordinary event but receives an extraordinary message.

Eternal One: 2 Go down to the potter’s shop in the city, and wait for My word.

3 So I went down to the potter’s shop and found him making something on his wheel.

4 And as I watched, the clay vessel in his hands became flawed and unusable. So the potter started again with the same clay. He crushed and squeezed and shaped it into another vessel that was to his liking.
— Jeremiah 18:1-4 (The VOICE)

I cannot help but remember the many times throughout my life that this passage was interpreted as a potter (God) forming me. The message inevitably moved to the part where ”God is not pleased with me and is trying to remold me into a more worthy vessel for God’s glory.” Not the best biblical message we could glean from Jeremiah’s drama! Not only that, but I don’t much like the idea of the potter ”crushing, squeezing and shaping” me.

The best truth is that God does remold us in so many ways, gently and intentionally, so that we are always in the process of change and growth. In our case, the God who loves us just as we are, also holds us, as if in a potter’s hands. Though this passage does speak of serious remolding, it never indicates that the potter throws the damaged pot into the trash pile.

It is true that we are damaged again and again in this life, but God loves who we are, and like the potter, God gently remolds us along the way, creating of us the best we can be. God never throws us away, no matter how severe our damage — damage on the outside, visible to all; and on the inside, where the deepest damage rests, in the soul and spirit. Visible to no one, excruciatingly visible to us.

We can choose to be like clay in the potter’s hands, allowing a gentle God to remold us, repair our damaged life, and empower us to be new, remade. This sounds like hope to me, and grace.

This is Jeremian’s story, his vision. He sees it as an ordinary event that graces us with an extraordinary message. Jeremiah’s story is ours to ponder and to ask ourselves if there is any damage to us or in us. If you sometimes view yourself as damaged, seek help from someone you trust — a friend or family member, a therapist, a spiritual director, your minister.

And remember, the potter is always near for gentle remolding.

Now that February has brought the tiniest green shoots from the ground, I know that it brings a promise of flowers — yellow ones and purple ones — bright promises of the new life that emerges every spring. Perhaps I can take a deep breath now that I am exactly three months today past my kidney transplant. This day is a milestone for my immunosuppressed self, marking the time when my transplant team might tell me that I can possibly escape from my isolation and go out to see the signs of spring. I am making February my personal commemoration month, celebrating, contemplating, dealing with a few deep-set fears and deciding to take a microshift forward.

The beginning of this story was in February of 2014 when suddenly and unexpectedly, I found myself in the emergency department of Baptist Health Medical Center with a diagnosis of end stage kidney disease. I faced a long illness that year that very nearly ended my life, three times during the 58 days I was hospitalized. When I didn’t die, I discovered that I could not walk, feed myself, name colors or even write my name. A kind and dedicated physical therapist helped me work for months after I returned home challenging me to regain those losses. For months, I was very weak, often confused and paralyzed by fear.

The only treatment available to me was dialysis, eight hours a day, seven days a week. Today though, February 12, is another February milestone that allows me to view my transplant three months ago today. Now that I am six years past it, I am looking back on that time that began in February of 2014, and I can see clearly the truths I discovered. I think they are important discoveries for me, of course, but also for anyone who must take an unexpected journey toward an uncertain future. So these are some of the discoveries that give me courage:

Fear takes on many forms and enters my psyche on its own terms.

Gratefulness floods over me at will through a kind word, a phone call, a connection with a friend, old or new.

Faith can be tiny in one moment and large in another, but either way, faith bears me up when I cannot move forward.

Hope constantly calls out to me to remember the source of my hope.

Patience with myself when I am not myself lifts me up, even when I feel physically weak and unable to do all the things I used to do.

These discoveries I know. I also know that, through it all, I have experienced periods of spiritual and emotional depression. Yet, those dark times were interrupted with times when my faith rose from within to comfort me and remind me of my “refuge and strength, an ever-present help in times of trouble. (Psalm 46:1 NASB) How wonderful to be able to see again the light of the Sun of Righteousness and to know that my slumbering soul can most surely rise from its lethargy like the stubborn crocus from the hard winter ground. It feels almost like rebirth.

Everything that has been dead through my winter is slowly waking up to new life, new vibrancy, a new season to grow and live and thrive. Along the way, I remember so much comfort from Scripture, thoughts of new life throughout the pages. This is but one:

The flowers appear on the earth, the time of singing has come,
and the voice of the turtledove is heard in our land.
— Song of Songs 2:12

So spring is near. My spring has come, bringing another season, another chance, another burst of hope. Thanks be to God. 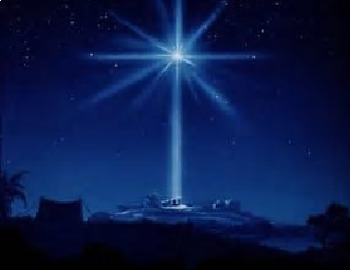 There are those who laugh at dreams.
so they’ve never heard an angel’s voice,
nor seen any unusual light in the night’s sky,
nor felt the yearning to set out in search
of new life.

There are those who do not see the Star.
I wonder where it is they go
when everyone else sets out for Bethlehem.

To those of us who believe,
into every night is born a Star.

I do not want to be one of the ones who miss seeing the Star. It’s important, especially when I am so focused on transplant recovery, that I make my way to Bethlehem this Advent. In her poem, Ann Weems writes that some people have never heard an angel’s voice nor seen any unusual light in the night sky. She laments that some people have never felt the yearning to set out in search of new life.

Advent 2019 finds me feeling at least a small yearning to set out in search of new life. Circumstances have left me no choice, really, because ahead of me, a new life is all there is. The old life is over and, with a new kidney to protect, I am facing a new life head-on, like it or not. It won’t be an easy life, but embracing new life seldom is. It is always a change and a challenge, asking for my best effort.

There is no doubt about it — in believing, there is hope.

Ann Weems offers the grace of one last promise:
“To those of us who believe, into every night is born a Star.”

“What do you know about Holy Week? You’re Baptist!”

It’s a common question for those who do not understand that Baptists are of many and varied sorts. And some of us Baptists do indeed walk through Holy Week with our soon-to-be crucified Savior. It is a holy walk that I would not want to miss. To miss it, to rush past it without reflection, is to miss the full glory of Christ’s resurrection and our own.

My dear friend, Guy Sayles, writes of the need to “lean in” to the passion of Holy Week.

I have leaned-in to the dramas, paradoxes, betrayals, denials, love, grace, losses and gains which characterize the wild, careening journey from Palm Sunday to Easter. The stories and events of these days reveal so much about the human condition and the divine character.

As for me, I will listen intently this week to the laments of Jesus. I will keep vigil as he prays in Gethsemane. I will try to understand the betrayal he endured. I will witness his arrest. I will cringe at the abuse inflicted upon him. I will hear his cries from the cross asking why God had forsaken him. I will watch him take his last breath. And I will understand all over again that his suffering was for me and for us all.

I’ve particularly come to resonate with the silence of Holy Saturday, a silence in which the shocked grief of disillusionment and death mingle with the wonderment and anticipation that the end might not be the end. Many of our days are like this shadowy Saturday: we’re in-between the worst and the best, the bitterest last and the brightest first. Because of Easter, Saturday bends toward life and hope, and so do our lives.  We sense a shepherd in the shadows and glimmers of light in the darkness.

I hope that each of you will journey through these Holy Week days and experience both the bitterness and the brightness. Most assuredly, the message of Resurrection Sunday is about new life and hope, rebirth and resurrection, the glorious reality that the end just might not be the end. Thanks be to God.