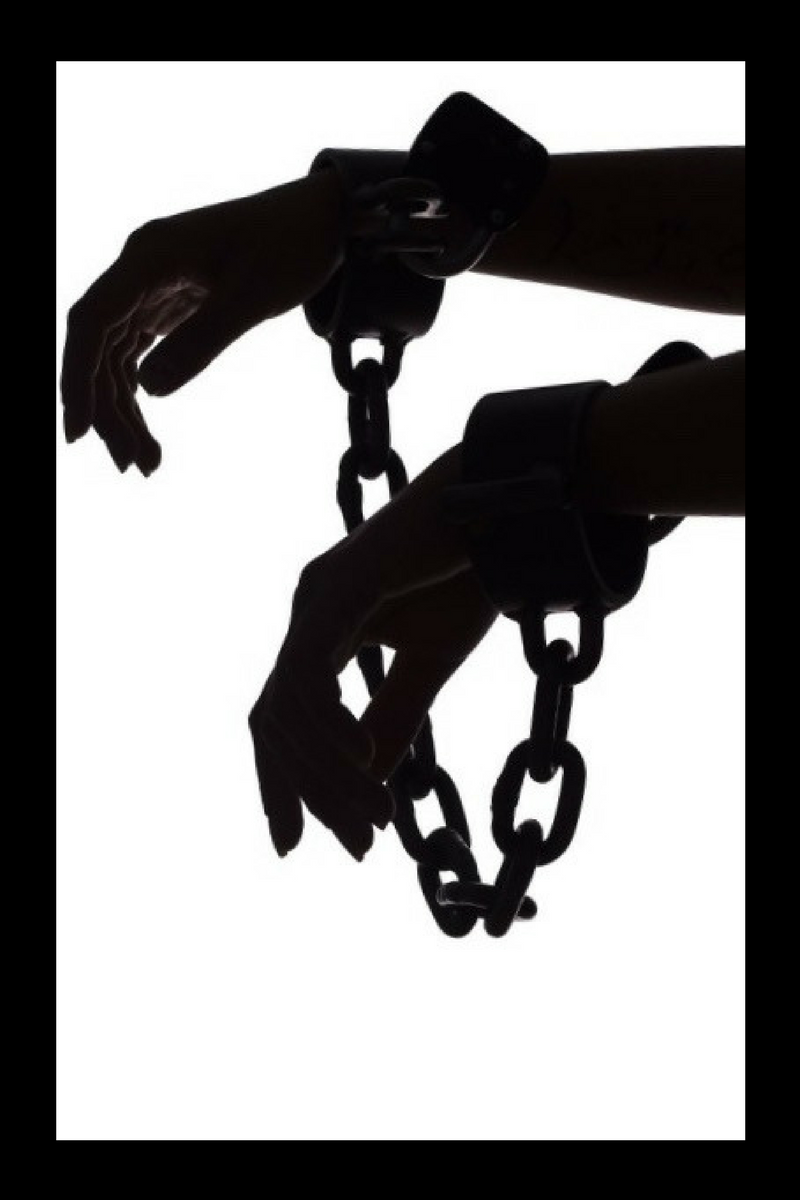 Because of the recent opening of The National Memorial for Peace and Justice in Montgomery, Alabama, I have been contemplating the terror of lynching in our history. The Montgomery site is the nation’s first memorial dedicated to the legacy of enslaved black people, people terrorized by lynching, African Americans humiliated by racial segregation and Jim Crow, and people of color burdened with police violence.

“Set on a six-acre site, the memorial uses sculpture, art, and design to contextualize racial terror. The site includes a memorial square with 800 six-foot monuments to symbolize thousands of racial terror lynching victims in the United States and the counties and states where this terrorism took place.” (eji.org)

But racial injustice is not merely art used to contextualize racism and violence. We also have the cold, hard facts. For instance, The Tuskegee Institute reports that 4,743 people were lynched between 1882 and 1968, including 3,446 African Americans and 1,297 whites, mostly white individuals who tried to help their African American neighbors.

Who were the prophets among us who proclaimed in those days a Christian Gospel of justice?

The NAACP reports that today African Americans are incarcerated at more than 5 times the rate of white people.

Who are the prophets among us in these days? Who is calling for justice, for liberation and freedom for those who are oppressed?

Across a range of human rights issues in 2017, the United States moved backward on human rights issues. The current U.S. president has targeted refugees and immigrants, calling them criminals and security threats. He has emboldened racism by promoting white nationalism. He consistently champions anti-Muslim ideas. His administration has embraced policies that will roll back access to reproductive health care for women and has created health insurance changes that would leave many Americans without access to affordable health care. He has undermined police accountability for abuse. He has expressed disdain for independent media and for federal courts that have blocked some of his actions.

The individuals most likely to suffer abuse in our nation include members of racial and ethnic minorities, immigrants, children, the poor, prisoners and other vulnerable groups, who endure renewed attacks on their rights. Issues of injustice include gender equity, poverty, the right to health care, immigration and the rights of non-citizens, sexual orientation and gender identity, criminal and juvenile justice, harsh criminal sentencing and mass incarceration,.

Where is justice today? Who will call each injustice by name? Where is the prophetic voice among us that will proclaim liberation? 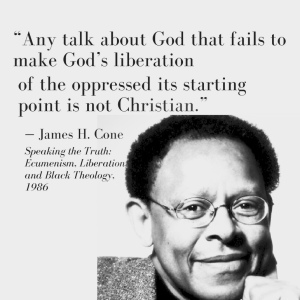 On Saturday, I learned of his death and experienced both sadness and gladness. Glad, because of his enormous contribution to Christian theology’s imperative response to injustice. And sad, because his voice of justice is now silent. By his death, we lost a prophet, a persevering voice that championed racial justice. We lost a voice that gave the world an interpretation of the Christian Gospel that paid attention to the voices of the oppressed.

YES! “A prophet was among us.”

These words from Judge Wendell Griffen honored the prophet, Rev. Dr. James H. Cone, and named him as the central figure in the development of black liberation theology in the 1960s and ’70s.

The prophet and scholar was raised in a small Arkansas town, giving him a clear view of the harsh reality of racial injustice. Dr. Cone rose up from his simple roots to become the foremost voice of his day on black liberation theology. 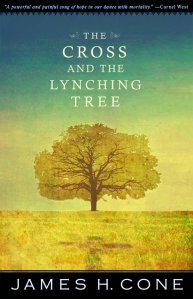 What is my point?

First of all, I want to add my voice to those who are honoring this prophet of justice. But more importantly, I want to own and name the present reality: that there has never been a time in history that needs the message of liberation more than this day. To be sure, the horrific lynchings of African Americans in this country took place many years ago, between 1882 and 1968.

It is a new day, a new day that has moved our society to the national shame of mass incarceration of African Americans. Consider this research:

TMI . . . Too much information, right? Perhaps it is too much information, but the amount of information here barely scratches the surface of the many ways injustice has gripped our nation in these days. We can turn our backs, stop up our ears, and blind our eyes to it, but that will not change the fact that people are being oppressed, injustice is doing its horrific work, and liberation seems a distant, unreachable dream.

The spirit of the Lord God is upon me,
because the Lord has anointed me;
he has sent me to bring good news to the oppressed,
to bind up the brokenhearted,
to proclaim liberty to the captives,
and release to the prisoners;

to proclaim the year of the Lord’s favor,
and the day of vengeance of our God;
to comfort all who mourn;

to provide for those who mourn in Zion—
to give them a garland instead of ashes,
the oil of gladness instead of mourning,
the mantle of praise instead of a faint spirit. (Isaiah 61:1-3 NRSV)

We are the prophets among us. Let’s act like it!

Nothing casts as long and shameful a shadow on our history than does lynching. Lynching is a part of America’s history that we want to ignore. As a people, we cringe at the thought of it, yet do not often allow ourselves to think of it. We do not own lynching. It happened in another time in history, with decades separating us from its shame. We secretly hope that if we do not talk about it, we can move forward without acknowleding the depth of its impact. And above all, we cannot admit that such violence is still possible in this day.

The National Memorial for Peace and Justice is a living reminder for us. The Memorial, which opened today on a six-acre site overlooking the Alabama State Capitol, is dedicated to the victims of American white supremacy. It demands a reckoning with one of the nation’s least recognized atrocities: the lynching of thousands of black people in a decades-long campaign of racist terror.

At the center of the Memorial is a grim cloister, a walkway with 800 weathered steel columns, all hanging from a roof. Etched on each column is the name of an American county and the people who were lynched there, most listed by name, many simply as “unknown.” The columns meet you first at eye level, like the headstones that lynching victims were rarely given. But as you walk, the floor steadily descends; by the end, the columns are all dangling above, leaving you in the position of the callous spectators in old photographs of public lynchings.

The magnitude of the killing is harrowing, all the more so when paired with the circumstances of individual lynchings, some described in brief summaries along the walk:

Parks Banks, lynched in Mississippi in 1922 for carrying a photograph of a white woman;

Caleb Gadly, hanged in Kentucky in 1894 for “walking behind the wife of his white employer”;

Mary Turner, who after denouncing her husband’s lynching by a rampaging white mob, was hung upside down, burned and then sliced open so that her unborn child fell to the ground.

A grassy hill rises in the middle of the memorial. From there you can see the Montgomery skyline through the thicket of hanging columns, the river where the enslaved were sold, and the State Capitol building that once housed the Confederacy. It is a striking view.

The striking exhibits and sculptures in this Memorial exist to remind us, to challenge us, to create in us a determination to always fight injustice.

May we more deeply understand our tragically unjust and violent history. May we vow to make peace and demand justice. May we never forget what happened in this nation so that it will never happen again. It is very real that our history of lynching innocent people casts a long and dark shadow upon our existence. May we intentionally work for justice so that we will no longer live in that shadow.

This blog post is words, just words. But our words are not enough. Our declarations are empty and meaningless if we do not also immerse ourselves in the hard and grueling work that makes for justice. God does not care about our words and promises. God does not accept our carefully planned events — filled with flags and crowds and songs — held in American cities and counties and town squares to commemorate our history. God demands pure and genuine righteousness that vows to do whatever it takes to create justice in our nation and in the world.

May God lead us in making it so. May God help us to step out of lynching’s long shadow and walk in the light of justice and righteousness.

Take away from me the noise of your songs;
I will not listen to the melody of your harps.