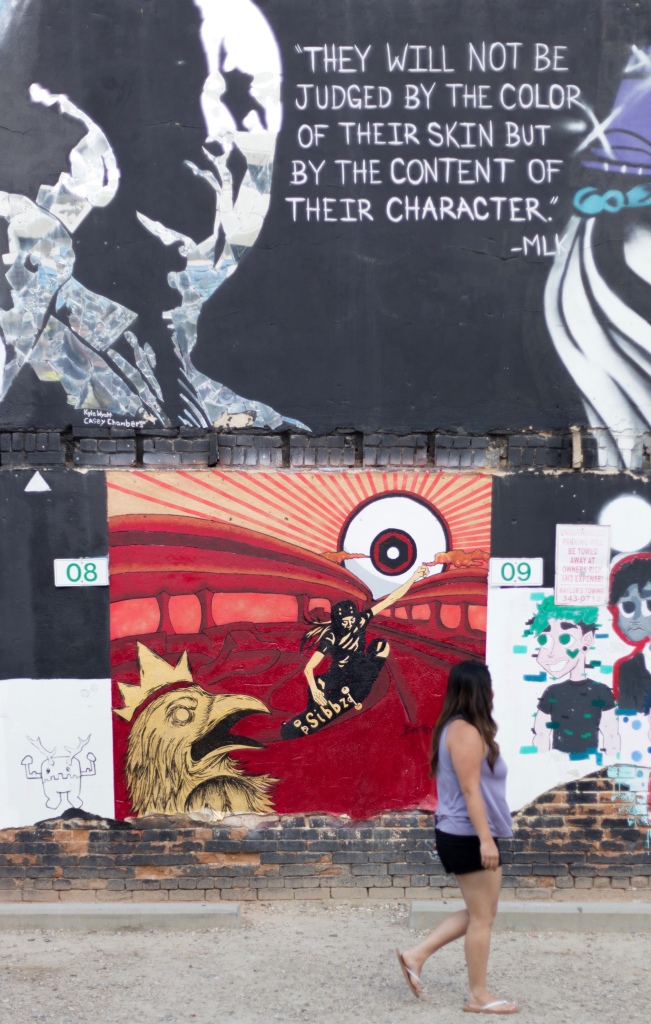 We are well into Black History Month, also called African American History Month.  We celebrate it every year in February. All manner of celebrations and commemorations happen during this month, from school plays, choral concerts, historical dramas to formal tributes and ceremonies in cities, colleges and churches. In the midst of this month, I have been contemplating the idea of white fragility drawing on the books, White Fragility by Robin DeAngelo and Radical Reconciliation: Beyond Political Pietism and Christian Quietism by Alan Boesak and Curtiss Paul De Young. I highly recommend both books to you if you want to advocate for racial justice.

A dear and very wise friend of mine would exhort us to know the history of black people, but more importantly, to enter into serious conversations about equality and unity. She would tell white people to accept the reality that we will never completely understand her history and that we should be sure our conversations include deep listening. She would remind us that the history of injustice to black people has not ended yet and that we must all continue our work for justice and equality. I want to share with you some of the history behind this month.

As a Harvard-trained historian, Carter G. Woodson, like W. E. B. Du Bois before him, believed that truth could not be denied and that reason would prevail over prejudice. His hopes to raise awareness of African American’s contributions to civilization was realized when he and the organization he founded, the Association for the Study of Negro Life and History (ASNLH), conceived and announced Negro History Week in 1925.

The event was first celebrated during a week in February 1926 that encompassed the birthdays of both Abraham Lincoln and Frederick Douglass. The response was overwhelming: Black history clubs sprang up; teachers demanded materials to instruct their pupils; and progressive whites, not simply white scholars and philanthropists, stepped forward to endorse the effort. 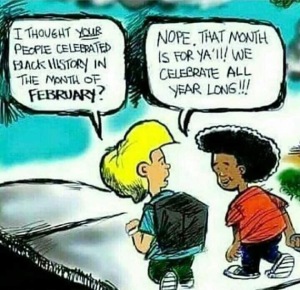 Then the celebration was expanded to a month in 1976, the nation’s bicentennial. President Gerald R. Ford urged Americans to “seize the opportunity to honor the too-often neglected accomplishments of black Americans in every area of endeavor throughout our history.” That year, fifty years after the first celebration, the association held the first African American History Month. By this time, the entire nation had come to recognize the importance of Black history in the drama of the American story

There is so much more I could include, but I will finish with some random thoughts my friend would like for us to know.

— The G.I. Bill of 1944 was denied to a million black veterans of WWII (history.com). These things matter. PUBLIC POLICY throughout American history has deliberately and purposefully limited economic opportunities and advancement of black people.

— It never occurred to me that some white people thought black history month DID NOT involve them.

— During this Black History Month, I ask: Do the white people within our networks remotely get how glorious AND exhausting it is being black in America? Can we talk about why it’s exhausting? Can you handle sitting in an uncomfortable space for awhile? Can you handle it? Can you take it in without deflection, pointing fingers, becoming defensive or proclaiming yourself the victim? Can we REALLY talk?

And finally her heartfelt words about a confrontation that happened in her city, in a neighborhood she knows well, to two people who are her friends.

— My soul weeps. My body trembles. Anger and fear take turns occupying the same space. Why? Two people that I hold in high regard experienced the policing of their bodies in a PUBLIC space by white people who feel they get to decide where black people can and cannot be!

As I learned of what occurred I was immediately grateful their positions (elected official and one running for office AND a friend who STEPPED UP) along with their “training “ allowed them to walk away from this experience. Yes this was potentially a life and death event.

I NEED YOU to join the fight for change! YOU play a KEY role in ensuring change happens.

I thank my friend for challenging me and encouraging me, not only during Black History Month, but throughout time — every day, every month and for years ahead. To black people, Black History Month begins on January 1st and ends December 31st, and the message of the month for black people has been lifelong. As for those of us who are white, let us not be shackled by “white fragility.” Instead let us move boldly — and with courage — into our communities and confront racism wherever we find it. It is true that racism and white supremacy have been a part of our history always, but we can end this tragic injustice with resolve, unity, faith, courage and the blessing of God who created all people in One image. May God make it so. 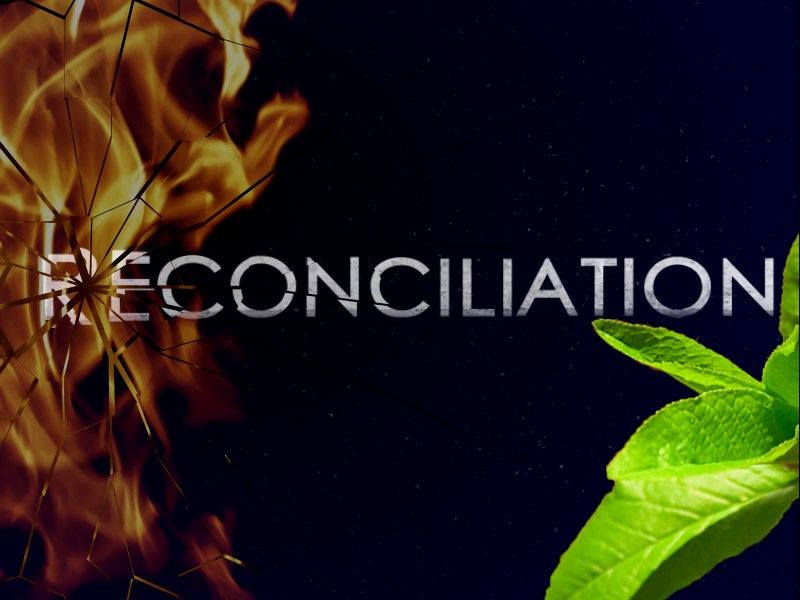 The long and arduous presidential campaign left behind a fractured nation. The political parties displayed unprecedented enmity between Democrats and Republicans. The citizenry followed their lead, and the result was broken relationships among friends and even within families. My own family exchanged sharp and hurtful words during the campaign, words that continue to affect our relationships.

We have made enemies of other nations. Some among us have made enemies based on race, culture, gender, national identity, religious practice, sexual orientation. And we remain divided and hostile, with no apparent desire to reconcile. And yet, we desperately need true reconciliation.

The Biblical concept of reconciliation suggests the presence of spiritual, divine intervention that creates reconciliation in the hearts of those who are estranged. Reconciliation assumes there has been a breakdown in a relationship, but through the heart’s repentance, there is a change from a state of enmity and fragmentation to one of harmony and fellowship.

It is going to require the heart’s repentance to restore a climate of unity, mutual respect, love and peace. Michael Curry, the Presiding Bishop of the Episcopal Church in America, offers these insightful thoughts about reconciliation.

Shall we just leave everything as it is? Shall we allow the distance to continue between us and those we have lost because of our differences? Shall we accept a fractured world and the divisiveness that now assails us? Or shall we instead commit ourselves to the holy work of reconciliation?

Our sacred calling is to restore peace within the human family, creating a world that can nurture our children and grandchildren, striving for genuine reconciliation among those from whom we are estranged, restoring peace and a community of love, transforming fractured and hurting humanity. This is what God implores us to do.

. . . This is from God, who through Christ reconciled us to himself and gave us the ministry of reconciliation; that is, in Christ God was reconciling the world to himself, not counting their trespasses against them, and entrusting to us the message of reconciliation.