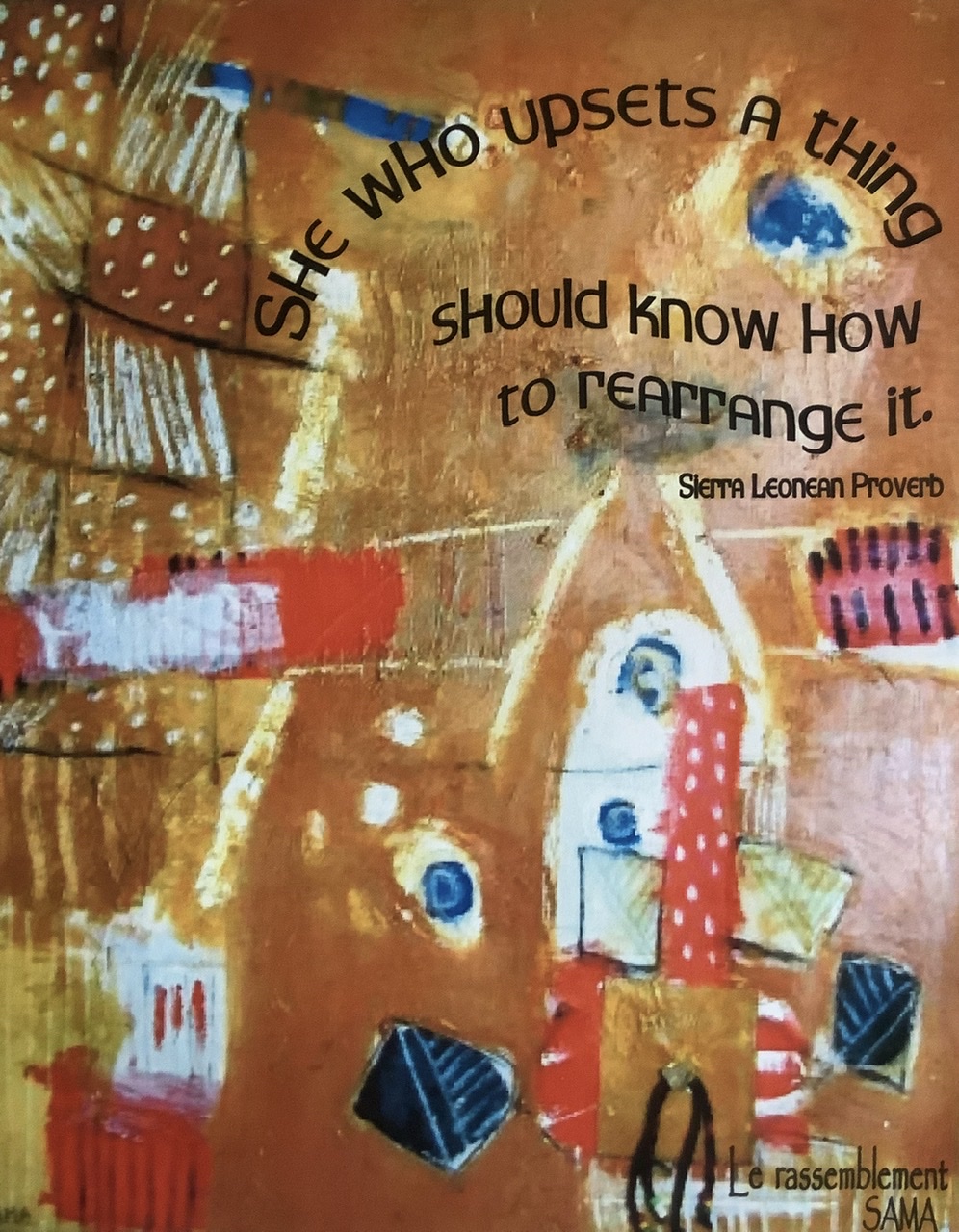 Commemorating 2020 International Women’s Day seems important. It is important to me to pause on this day, because I am a woman who has struggled for equality. My female friends and colleagues have had similar struggled.

In the past weeks we have watched one woman after another end their candidacies for president of the United States. Senator Elizabeth Warren commented that Americans still may not be able to see a woman in the role of president. She said it with obvious sadness and with a catch in her throat, displaying the disappointment of many women and girls. Those of us who are older lament that we will not see a woman as president in our lifetimes, while little girls, teens and young women were hoping beyond hope for evidence in 2020 that dreams are possible. Lily Adams, granddaughter of the late Texas Governor Ann Richards, said this on Thursday night in an MSNBC interview: “Women have to run faster to get half as far.” How true that is!

International Women’s Day gives me an opportunity to celebrate women who are all-in, working tirelessly for equality, justice and positive change and constantly rearranging things. This years theme is “If you can see her, you can be her.” It is an appropriate theme for women who struggle daily to be seen and respected as equals.

In these days, we are seeing, right before our eyes, so many stunning examples of women who champion various causes.

Malala Yousafzai
In 2012 at the age of 15, Malala Yousafzai, was shot in the head by the Taliban in Pakistan. The assassination attempt was a response to her stand for the right of girls to gain an education after the Taliban banned them from attending school. 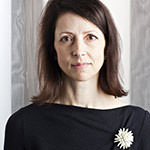 Sarah Hesterman
As the founder and acting president of Girl Up in Qatar, Sarah Hesterman works with the UN to provide young girls with education in developing countries. Hesterman hopes that providing greater opportunities will allow girls to grow up with more self-confidence.

Greta Thunberg
Greta is a Swedish environmental activist on climate change whose campaigning has gained international recognition. She is known for her straightforward speaking manner through which she urges immediate action to address the climate crisis.

“We can’t just continue living as if there was no tomorrow, because there is a tomorrow,” she says, tugging on the sleeve of her blue sweatshirt. “That is all we are saying.”

It’s a simple truth, delivered by a teenage girl in a fateful moment in our time. (Time Magazine)

In the early years of my career as a graphic designer and then through my years of ministry, I was often accused of being aggressive. Now you need to understand that “Aggressive” would be the last word I would have used to describe myself. But like many women, I often found myself biding my time, playing the game of acting “ladylike” around my male colleagues, and choosing my words and my demeanor carefully when I wanted to make a point.

That was Stage 1 of me.
Stage 2 of me is the one that was labeled aggressive. Those who know me well would say that there is not an aggressive bone in my body. And that is true (unless I have to defend my child or my grandchildren). But I can be as aggressive as I need to be when injustice rears its ugly head or someone I love needs defending. Stage 3 of me has learned to be respectfully assertive. “Respectfully assertive” behavior helped to open doors that once were closed to me. That’s a good thing. 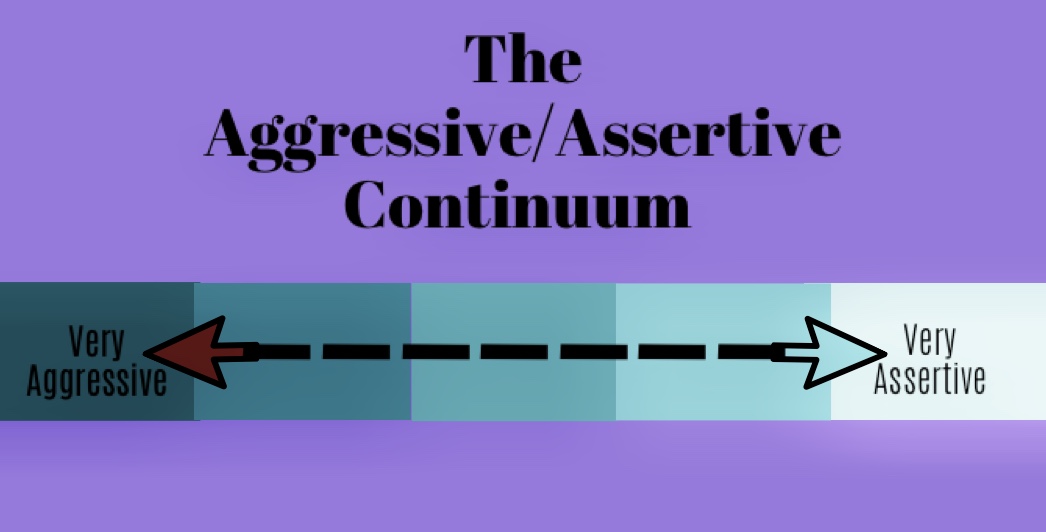 Like many, many women, I know that in order to effect positive change in the world, positive assertiveness is key. It’s all a matter of being self-confident enough to step up even if others criticize, speak out even when others try to silence you, persevere even when your detractors try to stop you from moving forward, hold on to your dreams even when dream-less persons tell you that your dreams are impossible.

My path to ordination was riddled with people around me telling me that ordination for a woman was impossible. At that time, there was only one ordained Baptist woman in the state of Arkansas and she was ordained in another state. My ordination process required enormous change in almost every person and institution around me. That change was not pleasant for anyone. It went on for months with lots of chaos and no resolution in sight. At the time, I thought I had only two choices: to abandon my desire for change or to stay in the struggle until change happened. I faced off with criticizers, silencers, discouragers and dream-less persons. Perseverance won that time!

My ordination quest was only one of many situations in which I had to fight for positive change. So I was almost always on the bad side of someone, and most unfortunately, I earned a reputation of being persistent, stubborn, insistent, resolved, Tenacious, determined, single-minded, resolute, uncompromising, annoying, troublesome, unconscionable and — wait for it — aggressive. I actually like most of those labels!

During a particularly discordant struggle with Little Rock city government about advocacy programs have for young people, a friend and mentor, who was the city’s Director of Community Programs, shared with me a Sierra Leonean Proverb that turned out to be an incredibly practical piece of wisdom. I immediately framed it and put it in my office so that I could see it often. She gave me that proverb in the late 90’s and, to this day, it is visible and prominent in my space.

She who upsets a thing should know how to rearrange it.
— a Sierra Leonean proverb

I seemed to upset lots of things in my lifetime. Often, I had no idea how to rearrange them. So I want to tell you about a woman who achieved what seemed impossible in her life and rearranged many things — discrimination, injustice, racism. She definitely upset things in her workplace, in the people around her and in NASA’s algorithms for space travel. She also rearranged those algorithms and helped send our astronauts into space. 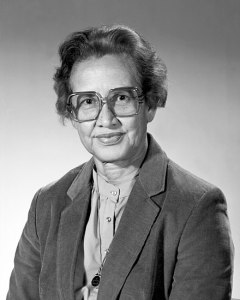 Today I celebrate and remember Katherine Johnson, famed NASA mathematician and inspiration for the film “Hidden Figures.” She died a few weeks ago at 101 years of age. For almost her entire life, her brilliant work in American space travel went unnoticed. She was a pioneering mathematician who, along with a group of other brilliant black women, made U.S. space travel possible. And no one noticed for decades.

In fact, her work went largely unrecognized until the release of “Hidden Figures,” a film portrayal of Johnson’s accomplishments while the space agency was still largely segregated. Only the film, which was released in 2017, resulted in international recognition of Katherine Johnson’s genius.

Interestingly enough, her talent was evident early on. Her natural aptitude for math was quickly evident, and she became one of three black students chosen to integrate West Virginia’s graduate schools. After graduating from high school at age 14, Katherine Johnson enrolled at West Virginia State, a historically black college. As a student, she took every math course offered by the college. Multiple professors mentored her, including W. W. Schieffelin Claytor, the third African-American to receive a Ph.D. in mathematics. Claytor added new mathematics courses just for Johnson, and she graduated summa cum laude in 1937 at age 18, with degrees in mathematics and French. She started her career as a teacher but had her sights set on mathematical research.

Following an executive order that prohibited racial discrimination in the defense industry, Johnson was hired at the National Advisory Committee for Aeronautics, NASA’s predecessor. She was one of several black researchers with college degrees hired for the agency’s aeronautical lab through the initiative.

Johnson was part of NASA’s Computer Pool, a group of mathematicians whose data powered NASA’s first successful space missions. The group’s success largely hinged on the accomplishments of its black women members. Katherine Johnson was tasked with performing trajectory analysis for Alan Shepherd’s 1961 mission, the first American human spaceflight. She co-authored a paper on the safety of orbital landings in 1960, the first time a woman in the Flight Research Division received credit for a report.

In 1953 she worked in the facility’s segregated wing for women, but was quickly transferred to the Flight Research Division, where she remained for several years. But midway through the ’50s, the space race between the U.S. and the Soviet Union began to intensify. So did Katherine Johnson’s career. Without the precision of “human computer” Katherine Johnson, NASA’s storied history might have looked a lot different. Her calculations were responsible for safely rocketing men into space and securing the American lead in the space race against the Soviet Union.

After the release of the book “Hidden Figures,” which was published in 2016 and turned into a film the following year, officials lobbed heaps of praise on Johnson and two other black women mathematicians in the agency’s Computer Pool, Dorothy Vaughan and Mary Jackson. NASA renamed a facility for Johnson in February 2019. A street in front of NASA headquarters in Washington was renamed “Hidden Figures Way” for the three women in July.

In November of 2019, the three women — plus engineer Christine Darden — received Congressional Gold Medals for their contributions to space travel. Vaughan and Jackson received theirs posthumously. NASA administrator Jim Bridenstine called Johnson an “American Hero who helped our nation enlarge the frontiers of space even as she made huge strides that also opened doors for women and people of color in the universal human quest to explore space.”

President Barack Obama honored Johnson with the Presidential Medal of Freedom for her pivotal work in American space travel. Yet, Johnson’s work was still minimized and unrecognized by her male co-workers. Around her NASA workplace in the 1960s, she and her colleagues were known as “computers in skirts.”

I saved for last the best story of all! In 1962, John Glenn actually demanded Katherine Johnson’s help before his orbit around Earth. He was skeptical of the computers that calculated his spacecraft’s trajectory, so he told engineers to “get the girl” and to compare her handwritten calculations to the computer’s.

“‘If she says they’re good, then I’m ready to go,'” Johnson remembered Glenn saying. She gave the OK, and Glenn’s flight was a success.

Not to be flippant about the 2020 democratic presidential nomination process, but here’s a good message to send to whichever white guy gets the nomination: “When you are choosing your running mate, ‘get the girl!’”

And to all the women who hold up far more than half the sky, I honor you on this International Women’s Day and cheer you on toward your dreams and toward your mission of rearranging the world. 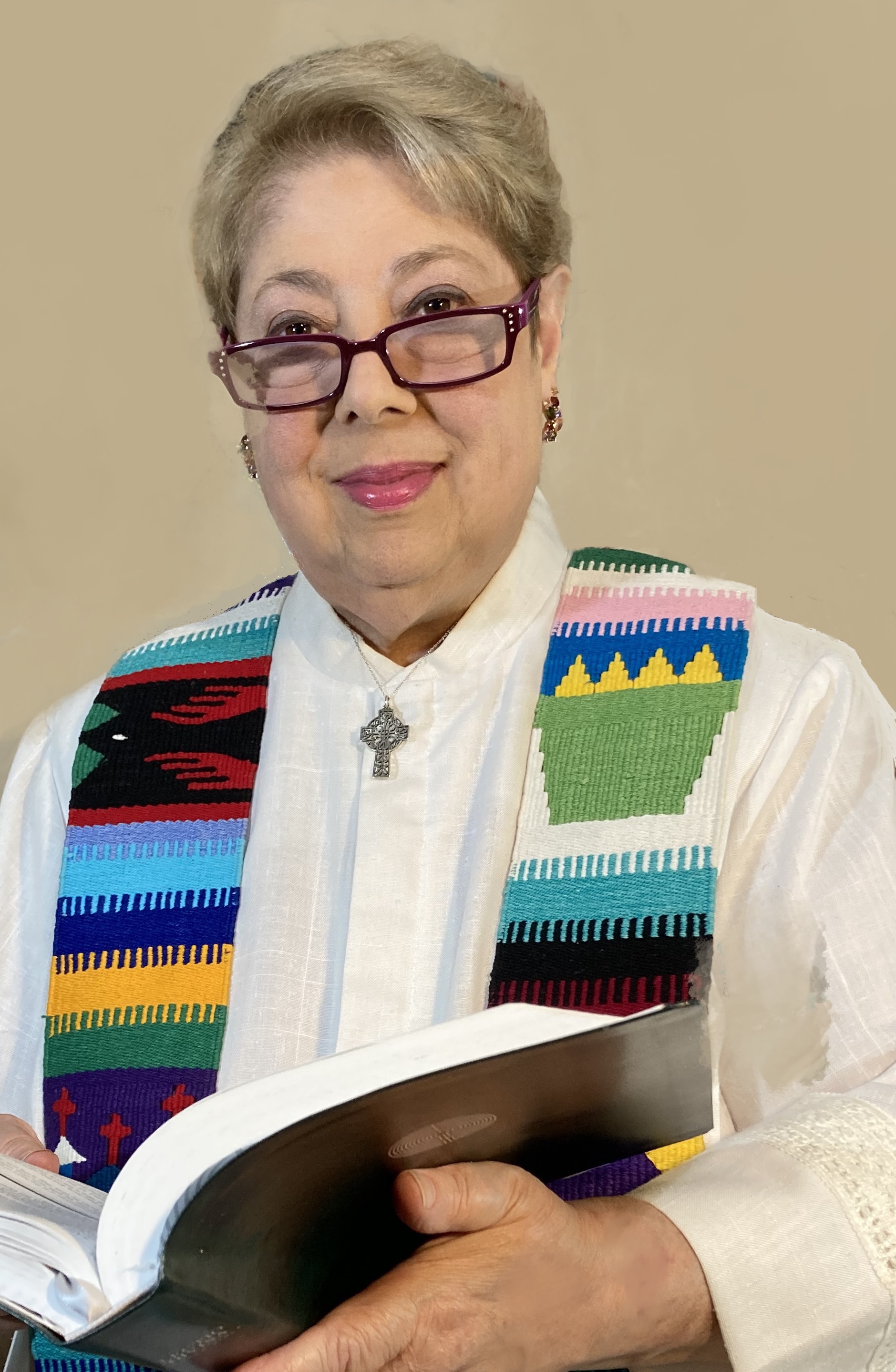